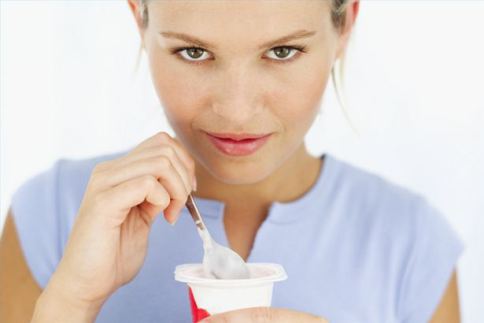 It is a widely known practice that yogurt and other probiotics that contain lactobacilli are used to prevent vaginal candidiasis that can arise after the use of antibiotics.

The theory is that the lactobacilli will replace some of the normal flora that was eradicated by the antibiotic and will thus reduce the potential for yeast to colonize and flourish in the area.

There is some preliminary evidence that suggests women with chronic recurrent vaginal candidiasis who eat lactobacilli-containing yogurts can have a reduced frequency of infection.

However, when looking at the prevention of yeast infections that arose after the use of antibiotics, the evidence is much weaker.

In fact, it was found that women who took lactobacilli by oral or vaginal route, did not see a reduction in vaginal yeast infections following antibiotic use.

The fact is that certain lactobacilli strains may be more effective than others, and different doses may be required to achieve the desired effect.

The evidence is still scarce and needs to be further examined, especially because of the lack of standardization of probiotic-containing products, which makes it difficult to deduce a cause-and-effect relationship.